I met Selma in spring, six years ago.  It was merely seven in the morning, and she was stirring dark and thick Turkish coffee in her tiny kitchen, while I quickly refreshed my face after a long night ride. An hour and a half later, I was about to meet a group of war rape survivors for a workshop.

As I was naive and enthusiastic about social change and active political participation, I was not exactly aware what I was going for. I met Selma for her story, instead I got her memory. And this memory is devastating; her testimony revealing too much of what in post-conflict Bosnia-Herzegovina has been suppressed, denied and politically abused, that I was never able to call her by her real name in public. I substituted her name with what appears as one of the most common female names among Muslim community in the country, and only later I learnt that its origin comes from Arabic ‘salim‘ meaning peace. But there is nothing like peace in her life, in her mind, in her body. Every time we drink coffee we talk about garden and her grandkids. Because she has no words, and no language to describe what happened to her. “Nothing can describe the emotional heaviness but my body,” she would repeat again and again, “because the body, not the words, the body is where the battle was performed”. This memory of her was for me the invitation to start exploring and working with those telling bodies of survivors to find the words, and perhaps – how ambitious I was! – to develop a language that would capture their stories as they live and feel them. And they want them to be heard.

Six years ago I planned a quick stop, to collect the evidence about the mass war rapes that were happening in Balkans during the war in the 90s, to have a story to tell and perform afterwards. Weeks and months and years passed without me realizing I have never really left. The more time I spent with those women, the more I read and experienced, the more their traumatic memory imperceptibly embedded in my body too. But at one point, my body was full. There was no room left to witness another story. Survivors’ testimonies of abuse started to impact my visions, my mistrust in the world, the fear and the disgust. I needed to find the extension to my memory, to my body, the storage, where those stories would remain alive and heard. My initial despair transformed over time into engaged resistance to break down those toxic narratives that continuously, subconsciously but incredibly effectively contribute to damaging generations of girls and women around the world.

It’s July 2017, Finland is pleasant, green and warm, and I am writing an email to Selma. Still full of excitement about all the new around me, I am explaining her about my move to far North, away from never-ending conflict to almost-absolute peace. I am writing her how I finally found a word – experientiality! – that describes how to make sense of all those stories and memories I collect every time when I meet with her and the group. She comes back to me in her typical, sweet-bitter and cynical but motherish voice:

You see, you ran away from us, but Selma is after you! I told you, once you are dragged in, you can never escape from this. We are poisonous! Take care my dear, and come visit us soon again,

I will, dear Selma, because next year will just be full of stories to make new memories! And experientiality? This I need to learn.

Nena Močnik is the first post-doctoral researcher at the Selma Centre. She is an author of »Sexuality after War Rape: From Narrative to Embodied Research« (Routledge 2017). During her time in Finland, she works on her new research »I will not raise my child to kill your child: Motherhood, collective memory and the continuum of sexual violence in the aftermath of war.« In Fall Semester 2017 she is teaching the course Social Justice and Critical Performative Dialogues that combines experiential body-based learning, critical pedagogies and liberal arts. The social art projects designed by students will be presented in the frame of TransEuropa festival, October 21st, 2017 in Turku.

Nena Močnik will give the first SELMA lecture this autumn, entitled “I will not raise my child to kill your child.” Motherhood, collective memory and the continuum of sexual violence in the aftermath of war” (Thu 7.9. at 2 pm, Minerva, Art History seminar room E221) 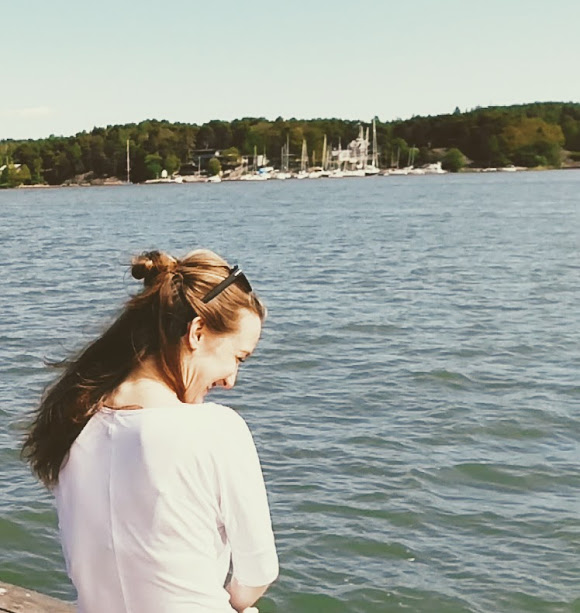 This entry was posted in Yleinen. Bookmark the permalink.